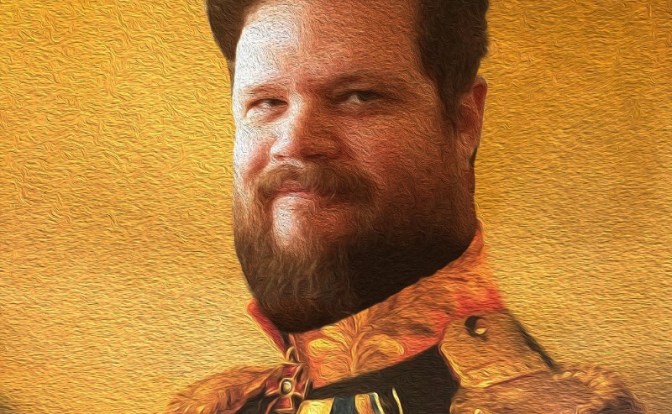 Nick Treadway: How This Freelance Software Developer Turned a Layoff Into a Launch

Nick Treadway’s first freelance developer gig didn’t go as planned. He had found a remote contract job in 2009, after teaching himself to code with a framework called Ruby on Rails. Back then, Ruby “had a lot of oomph behind it,” Treadway recalls, due in part to the openness of the Ruby community. “You could reach out with questions, and developers would get back to you.” This was particularly useful to Treadway, a self-taught developer.

A software company hired Treadway to work on front end development. Problems soon popped up – his manager wanted him to change the aesthetic of the user experience nearly every day. Because of all the revisions, it looked like Treadway wasn’t producing. Higher-ups blamed Treadway for the lack of progress, and shortly before Christmas (ouch), they fired him. Although this first gig had gone down in flames, Treadway had made connections that would allow him to rise from the ashes, like a jet-pack Santa shooting out of a stuffy chimney. One by one, other developers at his old gig quit. Treadway and his former colleagues asked themselves, “What if we joined forces and tackled this whole industry?”

‍Treadway started a sole proprietorship called Yeti Media, which allowed him to hire his former co-workers. Although they worked for him on paper, they were more like partners than employees. “They went above and beyond—helping to close deals, and searching for new work,” Treadway says. After their negative experience, Treadway wanted to make this new working environment a positive one. “We were really focused on developer happiness. Even though we were remote, this fostered a sense of togetherness.” Eventually, they landed a good client called Skyo, the “Netflix of college books.”  After Yeti’s success, Treadway went on to start Treadway AI, a business venture that focuses on machine learning. Most recently, Treadway AI came out with a pet portrait generator called “Paws and Tails.” Users can upload a photo of their pets and the AI produces a portrait, complete with realistic brush strokes. Turning this...

Treadway sees this as much more than putting a dog in a cowboy outfit. (Although we can all agree that’s a vital service). He wants to expand how people view machine learning, beyond the realm of science and research. “I’m trying to show that you can make art out of AI, and have it be a service all by itself,” he explains. In this beta testing phase, users can choose a cowboy or astronaut costume, but more options are on the way. After all, image is everything, and Treadway knows the value of a smart re-brand.

‍Treadway has mastered negotiating his way to more work and more decision-making power. When he agreed to develop a patient information portal for a doctor’s office, Treadway negotiated equity in the business as part of his contract. Now that he’s a partner, he’s turned “one job into 10.” The portal has two parts: an administrative side for the office to use, and an application that allows patients to schedule appointments and refill prescriptions. This role also allowed him to go from a developer to the office’s Chief Technology Officer – a CTO. Nothing impresses quite like an acronym, and that job allowed him to find more CTO positions. “If you want to expand as an entrepreneur, giving yourself new roles is a must,” he says.By taking on a managerial role, Treadway had the power to hire from his network of talented developers, an opportunity he relishes. “I have an eye for talent,” Treadway says.

‍“I’m self-taught, so I have a bias for self-taught people,” he says. “You have to have the drive to learn.”Treadway also values an independent spirit. “I think a lot of my success is because I’m good at Googling,” he says. And yet, he’s noticed that an emphasis on self-reliance can become a stumbling block. Some developers quickly fall out of practice at working with a team: “They have a lone wolf mentality,” and when they don’t know how to solve a problem, “they get stuck, they don’t reach out, and the deadline gets missed.”Many developers have the talent to build websites, but not the soft skills to make it in the business world. “Fifty percent of the people that I’ve had to let go, it wasn’t because of a technical issue, but because they didn’t communicate their problems. I want someone who isn’t afraid to be wrong,” Treadway says.

‍Treadway clearly takes pride in finding solopreneur talent. But COVID-19 laid bare the downside of not just self-employment, but the difficulties faced by businesses that rely on nontraditional work. After all the cancellations, “I’ve lost 98% of my revenue since March,” Treadway says. “It’s very scary.” And the government hasn’t been a big help. In spite of the fact that he spends about $100,000 per year on self-employed contractors, Treadway wasn’t able to get a PPP loan – a payday loan established through the CARES Act – because his contractors aren’t traditional employees. This is especially frustrating since public companies, like Ruth’s Chris Steak House, a franchise that rakes in over $42 million in profits every year, have successfully applied for payday loans.

After an initial rejection, the rules changed, and now Treadway is enduring the tedious process of applying all over again. He calls this pandemic “a big wakeup call,” one that he believes will convince many freelance developers to go back to working regular jobs. In fact, Treadway is also considering going back to a traditional role and recently interviewed with a large tech company. And yet, nothing can stop his entrepreneurial drive. If anything, he says he would view a regular job as a support system for his entrepreneurial endeavors. No matter what happens in his career, Treadway says, “I’m still a freelancer at heart.”

‍Brooke Wilson: How a Newcomer Stays Confident, No Matter What

‍Will Pay: How a New York City Muralist Got His Start