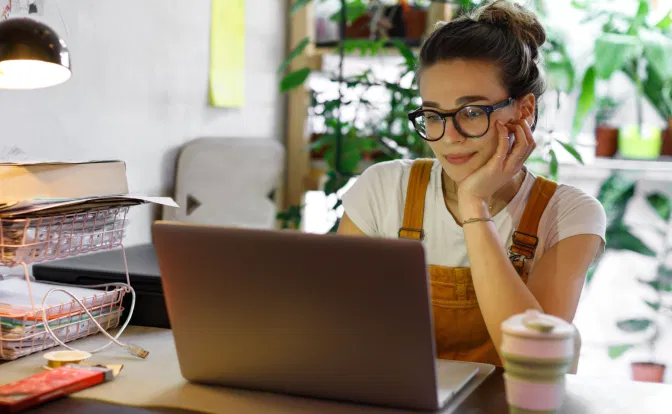 These 7 Newbie Freelancer Mistakes Will Cost You. Here’s How to Avoid Them

Every self-employed journey looks different. But the path to profitability is riddled with countless pitfalls.

Manon de Heus, an author and translator for the past 9 years, says that when she looks back at her early-career missteps – like not asking about payment upfront – she’s “surprised that I actually managed to become successful.” If you’re just starting out, seasoned pros have advice to sidestep these all-too-common mistakes. Learn from their hard-earned wisdom and give yourself more time to focus on crushing your goals.

One of the best things about self-employment is the communities that you can find online, with their vast wealth of advice. Groups like Study Hall keep freelance writers in the loop with industry news and writer’s resources. Reddit’s Freelancer subreddit has 142,000+ members and posts asking for advice almost always get enthusiastic responses. The same goes for the web developer subreddit, which has 472,000+ members and a handy “Getting Started” post. No matter what your field, you can quickly find relevant Facebook groups and popular subreddits.

‍Your first client might not pay well, but they should compensate you. Clients sometimes try to offer other forms of compensation. It’s up to you to decide if it’s worth it. Manon de Heus experienced this firsthand in Berlin, where she has worked for the past seven years: “Berlin has a huge start-up culture, which is great, but also means rates can be surprisingly low. Even well-known companies would offer a fee of 20 euros, which is around $22 per hour.” Instead, they offer perks like free yoga classes. As you browse for gigs, you’ll probably find ads for jobs that will pay you in royalties or per page view – perhaps once the book you ghostwrite for free becomes a bestseller. There’s even a popular Twitter account called For Exposure that documents the phenomenon. But anyone with experience knows that platforms that can’t afford to pay you also don’t get enough web traffic to work as an effective source of promotion. Developer Nick Treadway recommends negotiating equity in a company as part of your contract, but cautions, “If somebody offers equity but won’t pay you, definitely don’t do it.”

‍Once you’ve had your first client, it’s time to tackle the freelancer’s next big hurdle: Negotiate for more money. Writer and fact-checker Maggie Puniewska regrets how much she avoided brokering deals at first. She recalls, “I was too scared to negotiate and would blindly accept rates, which probably resulted in a bunch of lost income. Now I negotiate nearly every story. Even if the editor says no, at least I know I asked.”Negotiating doesn’t just cover how much you’ll get paid. You should also stipulate how you want to receive payment. Front end developer and designer Kat Shuford always tells clients that she doesn't do checks. “It takes too long, and people will claim they will ‘got lost,’” she explains. Instead, she asks for half up front, and half once she delivers the final product and has it all paid via direct deposit. Wingspan can help with this time-consuming process, with an invoicing feature that follows up with clients on your behalf.

‍The longer you work for yourself, the better your spidey-senses will get at weeding out clients who can’t deliver. Copywriter and memoirist Diane Lee says that at the beginning of her freelance career, “My one big mistake, after not getting a contract, was not screening clients.” She used to have long discussions with potential clients before asking what they would pay. “What I didn’t realize was, just like in the dating world, there are a lot of tire-kickers out there. I now have qualifying questions I send to every client.” These include practical questions about timeframes and expectations, and ends with, “What budget are you working with?” That way, she’s on solid footing when she starts negotiating her fee. Many clients won’t answer her questions, and that’s fine with her – she knows that’s a red flag. A good client should be eager to tell you the details of their project. Don’t work with clients who are evasive.

‍Mistake #5: Not Getting it in Writing

‍None of the previous advice is worth anything if you don’t get it on paper. Journalist Caitlin Kelly says, “Get all of this in writing before you start work.” States vary in terms of what they consider an enforceable contract, but to be on the safe side, make sure you have a document with a heading that says “Contract,” or “Agreement,” signed by both parties. It should outline the work that you’ll perform along with your rate.

‍Mistake #6: Forgetting to Set Money Aside for Taxes

‍Imagine Puniewska’s horror when she saw how much she would owe the IRS in self-employment taxes after her first year of full-time self-employment: $4,000. Because contract workers don’t get taxes automatically taken out of their checks, it’s essential to set aside 30% of your paycheck for estimated tax payments to the IRS throughout the year, in addition to taxes you may owe to your state. Puniewska had met with an accountant who didn’t specialize in freelance tax situations, and she didn’t come prepared with any knowledge of what counts as a business expense. Luckily, she had just enough savings to weather the storm: “I had to blow through all of it and basically start at zero,” she says. Learn more about how freelancers should prepare for tax time here.

‍According to a survey from Fiverr and the Freelancer’s Union, contract workers are much more likely than staffers to seek out training and education on their own. Phil Ledru, a web developer, says he’s spent the past 5 years learning as much as he can about advancements in his field so that he can remain competitive. He says, “I want to know how far I can go into programming and tech. It's become a sort of martial art to me, a personal challenge. That's the kind of entrepreneur I want to be.” Freelance writer Alexander Lee recalls the moment he decided he needed more training in his field: “When I was just starting out, the subject of a profile I was working on asked me to send him my final draft before the outlet published it, and like a fool, I did.” There isn’t a hard rule against showing your sources your draft, but it is considered ethically sketchy. “Fortunately, I had already delivered the draft to my editors, so things ended up being ethically okay, but it made me realize I needed to formalize my journalistic education,” Lee says. “After this incident, I took a January Academy course at the CUNY J-school, which helped me brush up on journalistic ethics. I didn't enroll as a full-time student or get a degree, but prior to this, I had never been inside a journalism classroom.”

Lee’s experience is a valuable lesson – if you didn’t go to school for your desired field, remember that it’s never too late to get the education you want.

And it’s never too early to start running your business as efficiently as possible. Let Wingspan help you focus on what you do best by handling your bookkeeping and making sure you get paid on time.

‍How to Start an Awkward (But Necessary) Conversation with a Client

‍If Your Client Says They Can’t Pay You Anymore, Do This