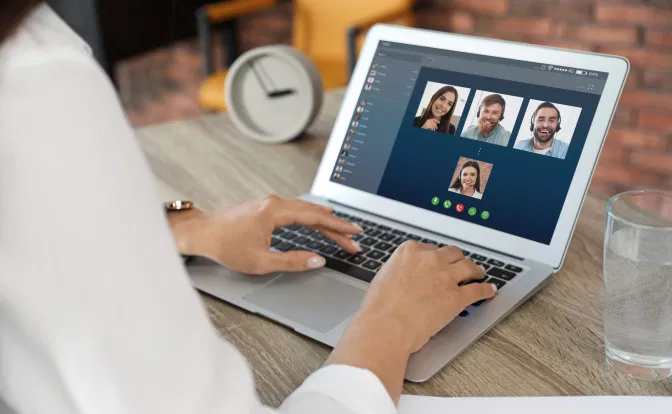 Wingspan Webinar Recap: Lawyers on How to Make Sure Your Clients Pay Up

Non-paying clients are the bane of the self-employed. If you’ve never had one, consider yourself lucky, and take steps to make sure you keep that streak going. Spoiler alert: a solid contract and clear communication are key. Commercial litigation attorneys John Thompson and J.R. Skrabanek addressed the issue of non-paying clients for Wingspan’s first webinar earlier this month. Their law firm, Thompson & Skrabanek PLLC, specializes in helping freelancers, entrepreneurs, and startups collect on unpaid invoices.

During the webinar, Skrabanek and Thompson addressed how to manage risk as a freelancer. Both lawyers had valuable insight into how to foster a healthy client relationship, as well as how to build an enforceable contract. With a good contract and clear communication, you can increase the likelihood of a cut-and-dry case. Or, in the best case scenario, avoid the need for lawyers altogether.

Thompson urges prudence during the first stage — don’t let your excitement over a new client cloud your judgement. Be wary of clients who dangle the promise of future payments as a way to see how much work they can get out of you for free. “They're trying to sell a long-term relationship because they don't have a lot of money now,” Thompson says. “That's a thing you see a lot in the startup space,” he adds. Vetting Clients: Do Your Research Thompson knows of “very reputable brands” who didn’t pay on time. Always Google a potential client to see if they have any open lawsuits. They may not be liable, but as Skrabanek says, “Where there’s smoke, there’s fire.” You can also try looking them up on Glassdoor, a website that allows current and former employees to review their employers. For a really big project, you might consider a deep dive through Public Access to Court Electronic Records (PACER), which requires you to create an account and may charge a small fee — although Skrabanek says that’s overkill for a standard contract.

‍What Should My Contract Include?

(Related: 5 Signs That Your Client is About to Ghost You)

Stage 3: When a Payment is Late

2. Notify your client you’ve stopped work, and that their invoice is overdue.

Thompson says, “Send an email on that 30 day deadline (or as close as you can get) saying, ‘This invoice is now overdue.’” Thompson emphasizes that this doesn’t have to be pushy, or rude: “Just keep pestering them, and make sure it’s clear.”

‍3. Track their excuses for non-payment.

Keep a record. Send summaries of your phone calls in an email. Of course, you might run into some doublespeak: The client says one thing on a call, and then the opposite in an email. “That’s a great indicator you’re working with snakes,” Thompson says. In that case, you may want to record your phone calls — but check first to make sure it’s legal in your state. It’s legal in most states, including New York.

‍4. If you decide to give them an extension, be clear about the new due date.

You can give an extension, but don’t say: “Oh, don’t worry about it.” That creates an issue called forbearance, which is an intentional delay in collecting payment. If you give an extension or create a payment plan, make sure it’s all in writing. In the event you want to create a payment plan, write it out and send it in an email, and make sure to say: “Please confirm this agreement.”  It’s always better to have signatures, but an e-mail — or any clear, written exchange — is almost always considered an enforceable agreement.

‍5. Press for clarity about why they aren’t paying. It’s important to know if they’re dissatisfied with the work you’ve performed, or if they’re having money issues. If they say the issue is with their bookkeeping department, then they’ve accepted your invoice. That makes it clear that they accept that they need to pay.

Stage 4: When Push Comes to Shove

‍Lawyers will charge you either an hourly or contingent fee. Most freelancers would find the hourly option too costly, so you should try paying a fixed fee for a demand letter instead. Skrabanek says, “The demand letter phase can be often very successful at resolving things,” adding, “We all want to settle early.”

To reiterate: “Consider including provisions for your client paying attorney’s fees in your contract, as an enticement for a lawyer.” Most of the time you’ll be suing for a breach of contract. If your invoice was accepted without dispute, you might have an “Account Stated Claim.” In some states, like New York, an Account Stated Claim will be expedited. Freelancers should look for small, local firms — preferably one recommended by a friend or colleague. If you’re suing over a New York contract, it’s helpful to have a New York lawyer, since they’ll know all the New York rules that are favorable to freelancers.

‍If your dispute is smaller, you might be able to successfully get things sorted out in a small claims court. Your outcome varies according to the state, and according to the terms of your contract —  this is minutiae that makes a lawyer useful.

“[This is] not my favorite option” for freelancers, says Skrabanek. Collections agencies will buy your invoice, typically for 5% to 15% of face value. They then take a sizable commission if they can collect. “If you have a $10,000 invoice, you’re probably lucky to get $1,000,” says Skrabanek.

‍During the Q&A, a participant asked about getting a client to pay their transaction fees, which amount to over $1,000. Skrabanek advises, “Don’t argue if they’re a good client and there’s nothing about it in your contract.” That’s one more thing to think about adding to your Freelancer Contract Template.

‍How to Keep Your Clients During Turbulent Times